Your loyalty points can change a life
Aug 18 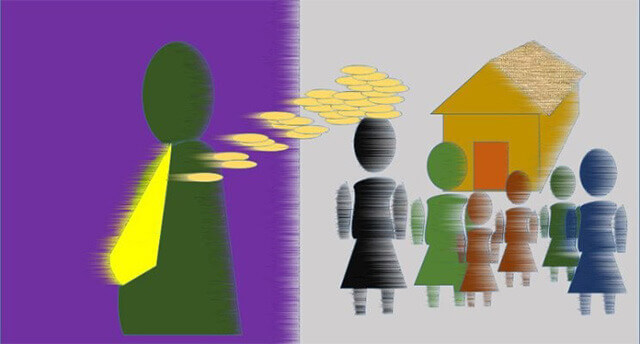 Your loyalty points can change a life

Occasionally, however, he redeems his points for a purchase at the stores with which his program has tie-ups.

He is pretty sure that a significant portion of his loyalty points lie unutilized and eventually expire.

Chathuri lives in a small village which is typical of rural India. Her father tries to get two harvests in a year. But it is a struggle. The rains play truant, or the pests are aggressive or sometimes, the crops are hit by disease. They and eke out a living with whatever grows on their garden. Chathuri did study upto fourth but then stopped as the family needs an additional hand in finishing the odd jobs that they get- like rolling agar-bathis or stitching up leaves. Chathuri sometimes goes to the evening school. But does not have money to buy the notebooks and books. She would love to buy at least one note book but then, learning is right at the bottom of their priorities.

The two stories related above are not unusual. They repeat themselves in every corner of India. There are the needy who subsist on meager earnings fighting their battles with nature and deprivation. And the urban Indian lives his harried life running between home and office. He is not aversive to giving for a good cause. What usually prevents him from giving is not a reluctance to give but a combination of things like:

a)   He is never sure of the NGO taking his money

So, Shiva and thousands of people like him are stunted in their efforts to contribute to the development of the poor.

Wouldn’t it be nice if there is a way to help both donors like Shiva and recipients like Chathuri?

Points For People is one such initiative. It has taken the trouble out of donating. All you need to do is log onto the website give the details of your debit or credit card and specify the quantum of loyalty points you wish to donate. The donation platform will do all the rest.

For that matter, you don’t even need to log onto the points for people web site. You can donate your loyalty points by logging into your credit card/ debit card web site and choosing the ‘donate points’ option.

You can contribute to a cause of your liking and rest assured that your donations find the worthiest recipients.

Sounds simple? It is.

Now go ahead and make your loyalty points make a difference to a needy person’s life.

Disclosure: I am part of the Strategic caravan team which is spearheading the Points for people initiative with the house of Tatas